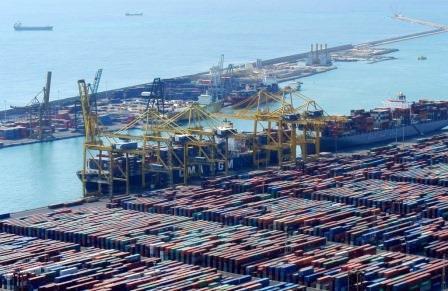 The year ended in somewhat anti-climactic fashion for long-term ocean freight rates, with the latest data from the Xeneta Shipping Index (XSI®) showing a decline of just 0.1%. Following on from a steep 5.7% month-on-month fall in November, and with weak spot rates defining the market, the development is a largely positive one for ocean carriers. However, Xeneta warns, far worse is set to come in 2023.

Winds of change
This is now the fourth month in a row that long-term ocean freight rates have dipped, with spot rates falling – and doing so dramatically – since early summer. Despite this negative trend, the XSI® remains 70% up year-on-year, after a strong start to 2022, as port congestion and other disruptions clogged up supply chains, while driving up costs.

The narrative for the beginning of 2023, says Patrik Berglund, Xeneta CEO, looks to be very different.

Clear indications
“At first glance, this month’s data appears to stall the negative curve,” he states, “but this is a little misleading. Firstly, this is due to fewer long-term contracts being signed at this time of year, rather than new agreements coming in with the same rates. When we do see contracts being signed, across all trades, we’re seeing them agreed below the current average for all valid rates.
So, this is really just the quiet before the storm. As more and more long-term contracts expire in the new year, expect the XSI® to post far greater month-on-month declines. All indicators point towards considerable rate drops from today’s levels, with several of the major Far East trades pointing towards new long-term contracts that are much closer to the, currently far lower, spot rate benchmarks.
We’ve seen a golden age for the carriers since the beginning of the pandemic, but those days are all but gone now.”

Mixed performance, dropping volumes
In regional terms, the XSI® showed a mixed bag of rising and falling data indices. Europe experienced relatively small falls in both import and export rates benchmarks, with the former declining by 1.4%, while the latter edged down 0.3%. However, lower volumes throughout the year suggest further falls may lie ahead, with import volumes dropping 6.7% to October (this is the latest data available), reaching their lowest level since April 2020, while export volumes dropped 6.2%.

Far East imports on the XSI® moved up in December, posting month-on-month growth of 2.3%. The benchmark now stands 33.8% up against December 2021. However, the Far East exports sub-index fell away for the fifth consecutive month, albeit by a relatively minor 0.6%.

The news in the US was more positive, with the import sub-index climbing by 1.4% (up 130.4% year-on-year) and the export benchmark recording this month’s largest rise of 2.7% (now 35.9% higher than this time last year).

Future focus
“There’s so many uncertainties heading into the new year that it’d be unwise to make clear-cut forecasts,” Berglund notes, adding: “We’ve all seen how quickly unpredictable global events can develop and influence the markets.
However, the fundamentals look weak for the immediate future and the spot rates have cleared a path for long-term rates to ‘head south’. That said, will the rolling back of the most stringent zero-COVID measures in China prompt a slight recovery? What will happen geopolitically? And how will the cost of living crisis evolve in the months to come?
It’s a complex, and fascinating, environment, so keep your eyes on the data in 2023 to make sense of the very latest developments as they happen.”

About Xeneta
Xeneta is the leading ocean and air freight rate benchmarking and market intelligence platform transforming the shipping and logistics industry. Xeneta’s powerful reporting and analytics platform provides liner-shipping stakeholders the data they need to understand current and historical market behavior – reporting live on market average and low/high movements for both short and long-term contracts.
Xeneta’s data is comprised of over 300 million contracted container and air freight rates and covers over 160,000 global ocean trade routes and over 40,000 airport-airport connections. Xeneta is a privately held company with headquarters in Oslo, Norway and regional offices in New York and Hamburg.