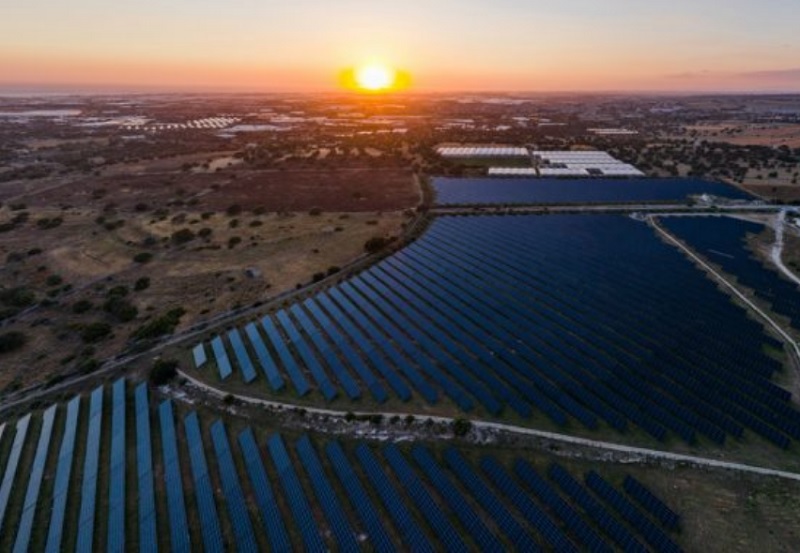 The fund, NextPower UK ESG (NPUK ESG), is a private 10-year solar infrastructure fund which aims to raise £500m to invest into subsidy-free solar power plants in the UK. It will be the largest subsidy-free solar investment fund in the UK, managed by NextEnergy Capital (NEC) a global leader in the solar infrastructure sector. Once the fund is fully operational it will have an expected generation capacity of c.1 gigawatt of power from around 30 solar farms across the UK. It will produce enough clean electricity to power the equivalent of 280,000 households or offset 370,000 carbon-emitting cars on the road each year.

The UK Infrastructure Bank is providing financing to the initial seed assets of the fund comprising two major subsidy-free solar farms in the UK, and plans to invest up to £250m, half of the fund’s total target fund size, on a match-funding basis with the private sector. It is hoped that this support will lead to significant investment into the UK subsidy-free solar sector.
The Bank was launched in June to support infrastructure investment to help tackle climate change and boost regional and local economic growth across the UK. The investment marks a first private sector transaction for the Bank and a significant step in helping the UK government meet its net zero goals. The seed assets which are supported by the Bank are built and operational at sites in Llanwern in South Wales and Strensham, Worcestershire which together will have an installed capacity of 115 megawatts.

Helen Whately MP, Exchequer Secretary to the Treasury, said: “It’s great to see the UK Infrastructure Bank striking another deal, which will help power thousands of homes across the UK with clean energy and create green jobs. “We are investing billions through the bank in important projects across the UK to drive growth and level up opportunities.”

John Flint, CEO of UKIB, said: “As this is the first deal for the UK Infrastructure Bank to leverage private sector investment, it is an important milestone for us. I am delighted that the Bank is able to play a role in the development of subsidy-free solar energy for the UK.”

Michael Bonte-Friedheim, CEO and Founding Partner of NextEnergy Capital, said: “The launch of NextPower UK ESG marks an important milestone in bringing together capital from both the private and public sector to fund the next the phase of evolution in the UK solar PV sector. Unsubsidised new-build solar projects represent an attractive investment opportunity, both in financial investment returns and in the pursuit of societal objectives such as addressing climate change and improving biodiversity in the UK. NextEnergy, the preeminent participant in the UK solar market, is uniquely placed to do this and we look forward to now executing upon NextPower UK ESG’s secured pipeline of projects. This milestone is also a further recognition of the strength of the NEC platform.“

Ross Grier, NextEnergy Capital UK Managing Director and Shane Swords, NextEnergy Capital Managing Director and Head of Investor Relations, said: “We are delighted to be working alongside the UK Infrastructure Bank as we launch this Fund. It is incredibly rewarding to be raising capital to deploy into the UK solar sector that not only provides the institutional investment community with attractive risk-adjusted returns but also plays a meaningful role in supporting the UK’s net zero ambitions”.

NPUK ESG launched by NextEnergy is a 10-year closed-ended fund. The fund will be managed by NEC, and has access to its proprietary portfolio of unsubsidised solar projects in the UK.
Globally, NEC currently has solar assets under management of c.US$3bn, and has invested in over 325 individual solar plants. In the UK NEC has significant experience as manager of the NextEnergy Solar Fund since 2014, a listed fund on the premium segment of the London Stock Exchange with 99 assets, of which 91 in the UK. NESF has a different investment strategy to NPUK ESG and predominantly targets subsidised operating solar plants and electricity storage projects in the UK and solar infrastructure assets in other OECD countries.
NextEnergy Capital Group NextEnergy Capital was founded in 2007 to become a leading investment manager in the solar sector. Since its inception, it has been active in the development, construction and ownership of
solar assets. It currently has solar assets under management of c.US$2.9bn, across three investment vehicles. To date, NEC has invested in over 325 individual solar plants for an installed capacity in excess of 1.2 GW. NextEnergy Capital also manages three active investment vehicles: two private funds, NextPower III ESG and NextPower II, and one listed investment company, NextEnergy Solar Fund Limited. • NextEnergy Solar Fund (“NESF”) is a solar infrastructure investment company focused on the UK and other OECD countries, that is listed on the premium segment of the London Stock Exchange. It currently owns 895MW spread among 99 individual assets in the UK and Italy, comprising a gross asset value of £1,087m. As at 13 September 2021, NESF’s market capitalisation was c.£585m. NESF is one of the largest listed solar energy investment companies in the world. • NextPower II (“NPII”) is a private fund investing in operating solar power plants, focused on Italy. Its strategy is to consolidate the substantial, highly fragmented Italian solar market, and has commitments of €232 million, secured from Prudential Assurance Company, a subsidiary of M&G Prudential, and including Pantheon. NPII currently owns 105 solar plants in Italy comprising c.140MW and is among the ten largest solar asset owners in Italy. • NextPower III ESG (“NPIII”) is a private fund exclusively focused on the international solar infrastructure sector, principally targeting projects in carefully selected OECD countries, including the US, Portugal, Spain, Chile, Poland and Italy. NPIII ESG is a fund that provides a positive social and environmental impact to the countries it has and will invest into. When NPIII is fully invested at US$750m across an installed capacity of circa 2.5GW, it can expect to deliver an impact of estimated annual avoided emissions of circa 2 million tCO2e each year, which on a conservative basis is the equivalent to providing energy for more than circa 1.3 million homes per year. WiseEnergy® is NextEnergy Capital Groups active operating asset manager. WiseEnergy is a leading specialist operating asset manager in the solar sector. Since its founding, WiseEnergy has provided solar asset management, monitoring and technical due diligence services to over 1,300 utility-scale solar power plants with an installed capacity in excess of 2.2GW. WiseEnergy clients comprise leading banks and equity financiers in the energy and infrastructure sector. NextPower Development is NextEnergy Capital Groups development company that is active in the development phase of solar projects. It has developed over 100 utility-scale projects internationally and continues to progress a large pipeline of c.2.5GW of both green and brownfield project developments across global geographies.