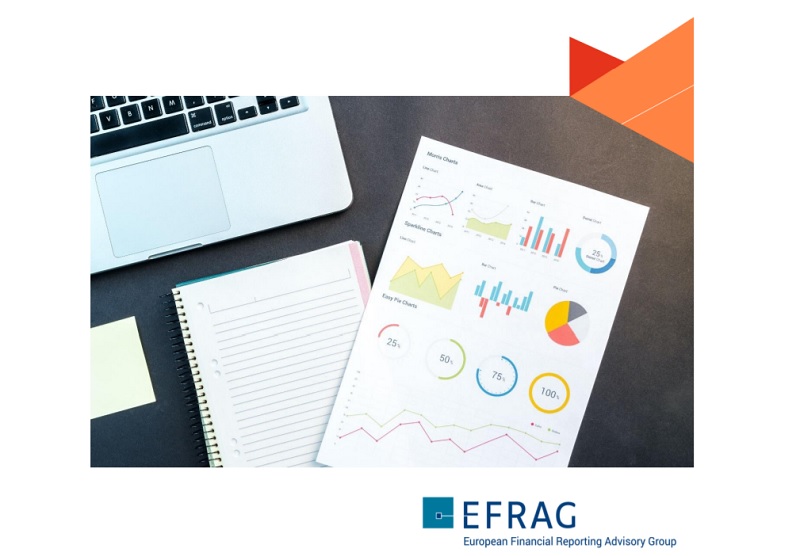 IASB’s ED Disclosure testing. EFRAG has issued a feedback statement that summarises the findings from the field testing conducted with preparers, on the proposals in the IASBs Exposure Draft (“ED”) Disclosure Requirements in IFRS Standards — A Pilot Approach (Proposed amendments to IFRS 13 and IAS 19).

​EFRAG, in close coordination with the IASB, has conducted field testing activities of the IASB proposals in the ED published in March 2021.
The objectives of the field testing, which involved a total of 22 preparers, were to:
– understand the possible impact in practice, including benefits;
– identify potential implementation and application concerns;
– estimate the cost and effort required to implement and apply the proposals on a recurring basis; and
– determine whether there is a need for additional guidance.

This feedback statement has been prepared for the convenience of European constituents to summarise the input from the field test and will be further considered by the involved organisations in the respective due process on the IASB proposals.

EFRAG – European Financial Reporting Advisory Group – is a private association established in 2001 with the encouragement of the European Commission to serve the public interest. Its Member Organisations are European stakeholders and Nation​al Organisations having knowledge and interest in the development of IFRS Standards and how​​ they contribute to the efficiency of capital markets.
EFRAG’s mission is to serve the European public interest by developing and promoting European views in the field of financial reporting and ensuring that these views are properly considered in the IASB’s standard-setting process and in related international debates. EFRAG ultimately provides advice to the European Commission on whether newly issued or revised IFRS Standards meet the criteria of the IAS Regulation for endorsement for use in the EU, including whether endorsement would be conducive to the European public good.
EFRAG seeks input from all stakeholders, and obtains evidence about specific European circumstances, throughout the standard-setting process and in providing its endorsement advice. Its legitimacy is built on transparency, governance, due process (which may include field tests, impact analyses and outreaches), public accountability and thought leadership. This enables EFRAG to speak convincingly, clearly and consistently, and be recognised as the European voice in financial reporting.
EFRAG is operating in a fast-evolving environment. It is attentive to the need to adapt its activities and its governance to meet new opportunities and challenges in corporate reporting.