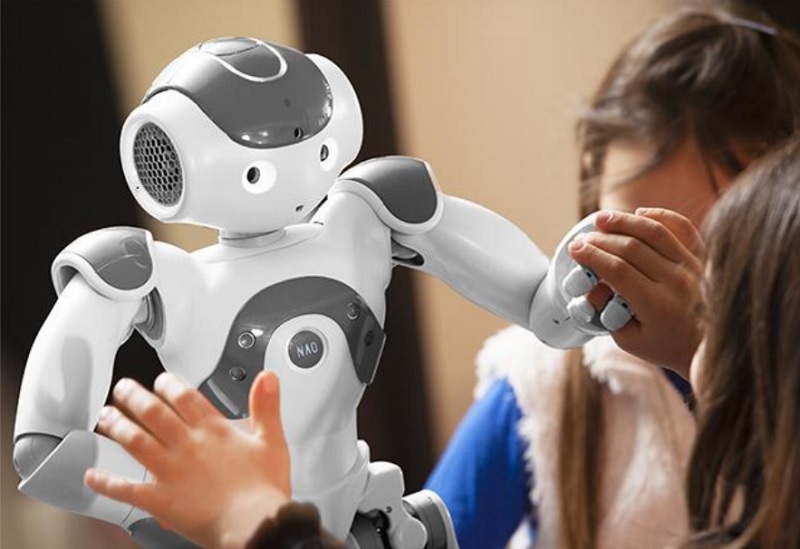 It is important to recognize and continue efforts to spread awareness, promote acceptance, and ignite change in relation to adults and children considered to have Autism Spectrum Disorder (ASD).
Humanoid robots are already used to implement effective inclusive practices and promote education with IEP (Individualized Education Program) for students with disabilities such as autism, emotional and behavioral disorders.

Here are some of the stories of how NAO try to help autistic children everyday:
NAO as a therapeutic tool for children at the Francois Truffaut day hospital
NAO has been the teacher’s assistant for two years at the Francois Truffaut day hospital, in Paris, thanks to our partner ERM Robotics and a sponsorship by the Ajila foundation.
Under the supervision of Thierry Le Buhe, a specialized teacher at the origin of the project, this experimentation for educational purposes takes place in the classroom for children aged 3 to 12 with ASD.
The observations have shown that children have great interest in NAO as they discuss and interact without any concern. Several activities and educational resources have been set in motion, allowing children to be more dynamic, attentive, active and conducive to interaction.
Thus, children dare to take risks and no longer hesitate to answer the questions asked.
The observations include a little girl becoming more attentive to dictation and proud of being able to read more words with NAO, a child avoiding the adult’s gaze looking at NAO more easily and progressing in his learning, and a boy gaining more confidence to do yoga movements and putting himself in a balanced position.

“We’re looking at this robot. This robot who follows us with head movements, which changes everything.”, said Thierry Le Buhe when asked about the effects of social robots on special education. “The tablet, whatever we do, does not move. The tablet will absolutely not react to our movements, NAO does. This the beginning of an interaction, an interaction in space, and therefore in real life.”

DREAM project: simplifying robot assisted therapy for ASD
The DREAM project (Development of Robot-Enhanced therapy for children with Autism spectrum disorders) aims to investigate the clinical utility of Robot-Assisted Therapy (RAT) delivered within a supervised-autonomy framework.
DREAM involves psychologists, cognitive scientists, roboticists, computer vision researchers, and ethicists. The project is coordinated by the University of Skövde (Sweden).
This project aims to increase the robot’s autonomy during RAT in order to reduce the workload of the therapist, psychologist or teacher, by letting parts of the intervention be taken over by the robot, without altering the clinical utility of the intervention.
The goal of the DREAM Project is to develop a hybrid solution, one in which the robot is sufficiently autonomous not to be a burden for the therapist, but at the same time under the control of the therapist, in order to deliver the therapy effectively.
According to the Vrije University of Brussels, NAO is particularly well received by young children because of its size and appearance. Children anthropomorphize NAO and readily engage in affective social interactions.

Naotism Project: how humanoid robots encourage the emergence of behaviors necessary for communication
Since 2017, NAO has been used in a special kindergarten class in Quetigny, France to help children with ASD aged 3 to 5 to communicate better. The objective is to verify to what extent the presence in the classroom of a humanoid robot like NAO has beneficial impacts on students with autism spectrum disorders.
In the classroom, NAO comes two to three times a week for the morning ritual. It is the welcome time when the children are gathered: the robot comes to say hello, gives the date and time and sings for gestural imitation.
NAO then helps with the evaluation of instructions, words and colors. And for the teacher, progress is visible.

NAO has a positive effect on the behavior of the students, because since his arrival “the robot has been able to capture the attention” explains Pauline Audry, specialist teacher of the class.
The major aspects observed of NAO are the neutrality of its face, the humanoid shape, and its size.

“Children with violent behavior become more relaxed thanks to NAO”, says Pascal Bourgoin, the head of the Naotism project at the Rectorat in Dijon. “NAO becomes a strong motivator and an enhancer”.