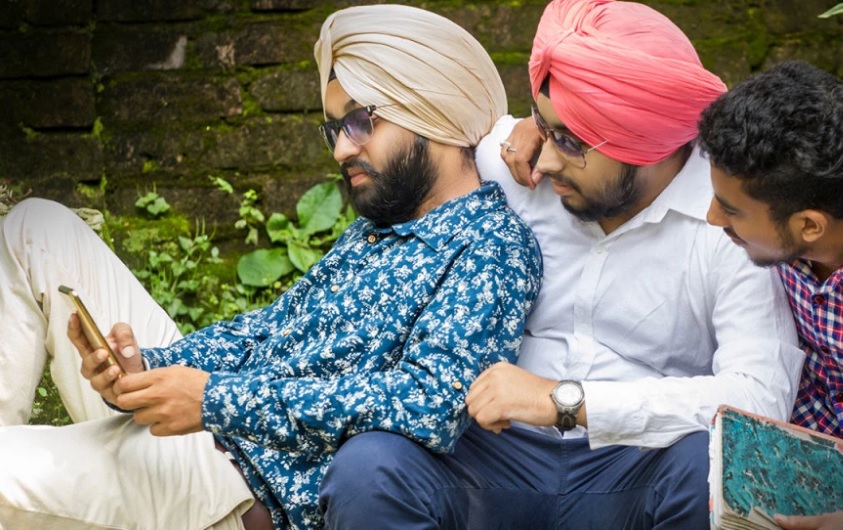 Smartphone users – especially those who use social media – say they are more regularly exposed to people who have different backgrounds. They are also more connected with friends they don’t see in person, a Pew Research Center survey of adults in 11 emerging economies finds.

Across every country surveyed, those who use smartphones are more likely than those who use less sophisticated phones or no phones at all to regularly interact with people from different religious groups. In most countries, people with smartphones also tend to be more likely to interact regularly with people from different political parties, income levels and racial or ethnic backgrounds.

These results do not show with certainty that smartphones or social media are the cause of people feeling like they have more diverse networks. For example, those who have resources to buy and maintain a smartphone are likely to differ in many key ways from those who don’t, and it could be that some combination of those differences drives this phenomenon. Still, statistical modeling indicates that smartphone and social media use are independent predictors of greater social network diversity when other factors such as age, education and sex are held constant.

Other key findings in the report include:
– Mobile phones and social media are broadening people’s social networks.
More than half in most countries say they see in person only about half or fewer of the people they call or text. Mobile phones are also allowing many to stay in touch with people who live far away: A median of 93% of mobile phone users across the 11 countries surveyed say their phones have mostly helped them keep in touch with those who are far-flung. When it comes to social media, large shares report relationships with “friends” online who are distinct from those they see in person. A median of 46% of Facebook users across the 11 countries report seeing few or none of their Facebook friends in person regularly, compared with a median of 31% of Facebook users who often see most or all of their Facebook friends in person.

– Digital divides emerge in the new mobile-social environment.
People with smartphones and social media – as well as younger people, those with higher levels of education, and men – are in some ways reaping more benefits than others, potentially contributing to digital divides.
— People with smartphones are much more likely to engage in activities on their phones than people with less sophisticated devices – even if the activity itself is quite simple. For example, people with smartphones are more likely than those with feature or basic phones to send text messages in each of the 11 countries surveyed, even though the activity is technically feasible from all mobile phones. Those who have smartphones are also much more likely to look up information for their households, including about health and government services.
— There are also major differences in mobile usage by age and education level in how their devices are – or are not – broadening their horizons. Younger people are more likely to use their phones for nearly all activities asked about, whether those activities are social, information-seeking or commercial. Phone users with higher levels of education are also more likely to do most activities on their phones and to interact with those who are different from them regularly than those with lower levels of education.
— Gender, too, plays a role in what people do with their devices and how they are exposed to different people and information. Men are more likely than women to say they encounter people who are different from them, whether in terms of race, politics, religion or income. And men tend to be more likely to look up information about government services and to obtain political news and information.

These findings are drawn from a Pew Research Center survey conducted among 28,122 adults in 11 countries from Sept. 7 to Dec. 7, 2018. In addition to the survey, the Center conducted focus groups with participants in Kenya, Mexico, the Philippines and Tunisia in March 2018, and their comments are included throughout the report.

Pew Research Center is a nonpartisan fact tank that informs the public about the issues, attitudes and trends shaping America and the world. It does not take policy positions. The Center is a subsidiary of The Pew Charitable Trusts, its primary funder. Subscribe to our daily and weekly email newsletters or follow us on our Fact Tank blog.