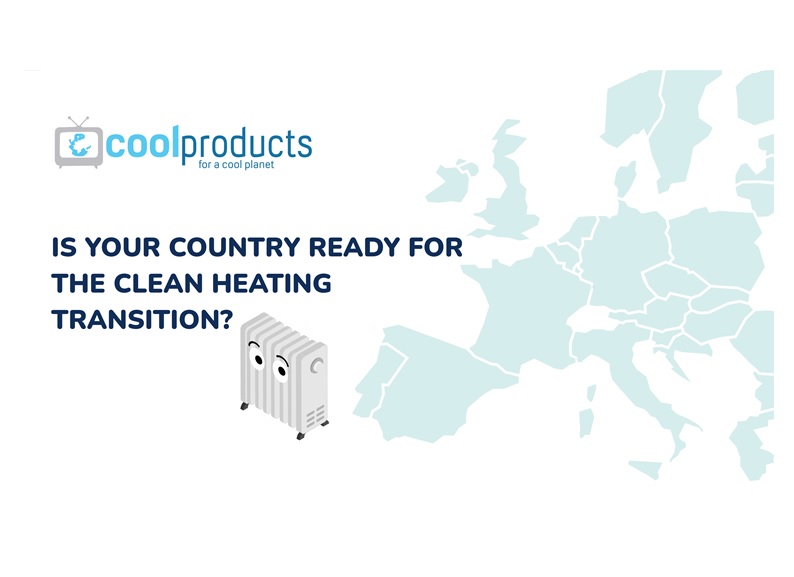 Mapping Europe’s subsidies for fossil fuel heating systems. A new analysis shows that most EU governments pay millions of euro in subsidies to have new gas boilers installed in our homes, despite evidence that this is slowing down the uptake of renewable heat and undermining Europe’s 2030 climate goals.

Only seven countries in the EU have so far stopped the flood of public money going into fossil fuel heating as part of their climate or fiscal plans, the latest analysis by the European Environmental Bureau (EEB) on behalf of Coolproducts shows. These include Bulgaria, Denmark, Ireland, Lithuania, Luxembourg, Malta and the Netherlands. Outside of the EU, they are joined by Norway.

At least 19 out of 27 EU governments still incentivise the purchase and/or installation of new gas boilers through various tax reductions, loans and grants, which range between €300 and €2,500 and are supposedly aimed at greening our homes.

State support for gas boilers, which can last up to 25 years, is slowing down the uptake of sustainable solutions such as heat pumps, renewable district heating and solar panels in the EU, Coolproducts campaigners said. In 2019, the share of geothermal, solar and other renewable sources of energy used in the heating and cooling sector was a mere 6% of the sector’s final energy consumption.

This is jeopardising Europe’s climate targets.
The European Commission estimates that a 40% reduction in gas heating emissions is needed to achieve the EU goal of slashing total emissions by at least 55% in the next decade.

The analysis comes as calls grow to ban the sale of gas, oil and coal heating systems across Europe. A recent report by ECOS on behalf of Coolproducts found that a phase-out of new gas and oil boilers by 2025 would save 110 million tonnes of CO2 emissions each year through 2050. This would amount to two thirds of the total emissions reduction needed from residential and public buildings to achieve climate neutrality – and the equivalent of the total CO2 emissions of Sweden and Finland in 2018.

Davide Sabbadin, a policy officer at the EEB said: “European governments need to shift subsidies away from gas boilers and towards clean solutions such as heat pumps, renewable district heating and solar panels instead. Together with the renovation of buildings, this must be the first step to help people switch to truly sustainable heating systems that are compatible with Europe’s emissions reductions and climate neutrality goals.”

Mélissa Zill, a programme manager at ECOS said: “To reach out climate and emissions reduction objectives, we need to phase out new fossil fuel boilers by 2025 at the latest. Most of these appliances last more than 25 years and if we continue installing them, we will still be burning fossil fuels for heating in 2050. Fossil fuel subsidies need to be out of the equation. Instead, governments should focus on encouraging consumers to switch to clean alternatives.”

Highlights
– The heating and cooling sector is responsible for half of the EU’s annual energy consumption and a third of its CO2 emissions.
– The EU has committed to phasing out all fossil fuel subsidies by 2025 as part of the Paris Agreement.
– The UK has recently announced its intention to ban new gas boilers by 2033.
– Italy has amongst the highest subsidises in Europe, with a tax rebate ranging from 65% to 110% of the costs for the sale and installation of a gas boiler.
– Countries such as Greece, Italy, Poland and some Austrian regions also subsidise oil or LPG condensing boilers.
– The Norwegian government does not subsidise fossil fuel heating. The sale of the new oil boilers was banned in 2020, while gas and LPG are taxed depending on their carbon content.

The EEB European Environmental Bureau is Europe’s largest network of environmental organisations with over 140 members in 30 countries. ECOS is the only European NGO focusing on environmental standards.