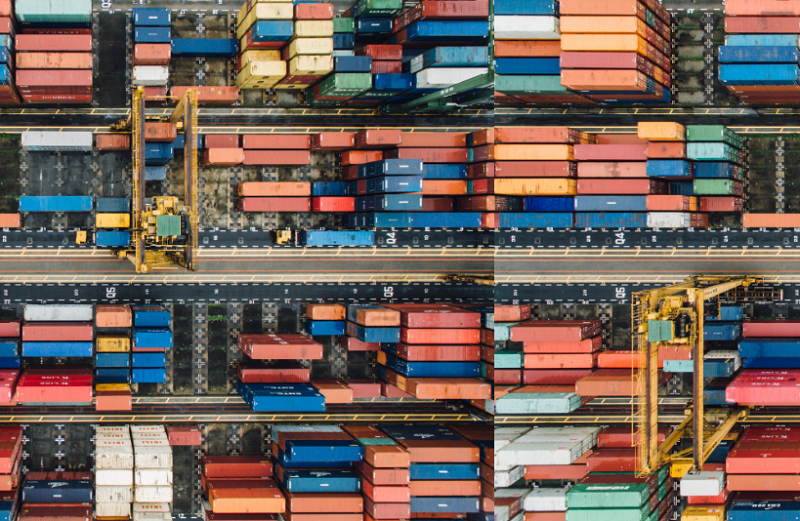 IPCSA in South America with its latest member Procomex of Brazil. Procomex, the Alliance for foreign Trade Logistics Modernization of Brazil has joined IPCSA to support its work in Brazilian ports on the optimisation and digitalisation of port and logistics operations by creating Port Community Systems in at least four Brazilian Ports.
Procomex is IPCSA’s first member in in South America.

John Mein, Executive Coordinator of PROCOMEX explained that “The whole focus of the Procomex Institute is Trade Facilitation. It continues to be instrumental in helping the Brazilian government develop and implement the Single Window as well as now supporting four Brazilian ports, Santos, Suape, Rio de Janeiro and Itajaí, in the development of their Port Community Systems. We have had a huge amount of support from IPCSA in these activities and it is a pleasure to be able to join the Association and bring our own experience and knowledge and add to what the IPCSA brings to the international stage.”

Hans Rook, Chairman, IPCSA, welcomes Procomex and stated that “IPCSA has worked with John Mein and the team at Procomex earlier this year by sharing our experiences with a delegation of Brazilian Ports. This included focusing on what a Port Community System is, how it links and support Maritime and other Single Windows initiatives, as well as typical examples of Governance and Business Models. I am delighted that this support has led to Procomex joining IPCSA and becoming our first member in South America.”

On May 11, 2004, the Procomex Alliance was formally launched at a major event, with over 400 participants and the active participation of the heads of Brazilian customs and leaders of the Swedish and Czech Republic Customs. At that time, over 50 business associations supported the view that it was possible to increase Brazil’s competitiveness in the international market through a customs system that would protect national interest and improve overall supply chain efficiency of companies competing in international markets. This consensus was the guiding thread that led the Brazilian stakeholders present at the first meeting to sign up to support the effort of an alliance whose mission is to improve Brazil’s global competitiveness through the implementation of a Customs clearance system.

Since 2004 Procomex has grown and developed and now supports not just Brazil but other South American Countries in modernising their procedures. Procomex, working with the stakeholders in the private and public sectors, was instrumental in helping to redesign the import and export processes in Brazil. The design of the new processes became the basis for Brazil’s new Single Window system. Procomex was chosen to undertake studies of process improvements in the ports of Santos and Itajaí in 2017, funded by UNESCO.

Procomex already has in place a Memorandum of Understanding with Brazilian Customs with the objective of improving trade processes and the Implementation of the SAFE Framework of Standards.
In addition to this Procomex plays an important international role through it Executive Coordinator who also Chairs the Private Sector Consultative Group, and is Co-chair of the SAFE Working Group at the World Customs organization.

Richard Morton, IPCSA, Secretary General adds that “Procomex’s experience over many years of bringing communities together and supporting in the modernisation of processes ensure a perfect fit into the culture and knowledge base of IPCSA. It brings this experience and can share and support other organisations in how to navigate the maze of legal and operational processes which are required to achieve full optimisation of Ports and Single Window developments.”

About the Procomex Alliance
The objectives of the Procomex Alliance are to assist in the development of modern and reliable border processes which:
– protect revenue generation;
– preserve the environment and
– cultural heritage; protect national security interests;
– guarantee the adequate collection and organization of information on trade;
– guarantee goods flow faster and more predictably;
– ensure that the treatment of traders is based on objective criteria.
Procomex core activities and strengths are:
– Development of partnerships between the public and private sectors;
– Demonstrated competence to develop alliances with interested organizations that directly influence the country’s foreign trade processes;
– Ability to synthesize diagnostic results and translate them into implementation plans for the modernization of processes;
– Leadership in multi-stakeholder work.

IPCSA is an international association of sea and air port community operators, sea and air port authorities and single window operators that is recognised across the globe for providing advice and guidance on the electronic exchange of information across borders and throughout the whole supply chain.
IPCSA focuses on supporting and facilitating systems and innovations for Port Community System members and users, and promoting the use of international data standards in sea and air ports, at border crossings and via Single Window systems around the world. IPCSA is a recognised NGO with consultative status at UNECOSOC and IMO.

The PROTECT Group develops and supports the electronic reporting required by authorities for vessels entering or leaving a port or port area. It maintains and develops EDI through the PROTECT Guide. In January 2020 PROTECT integrated into IPCSA