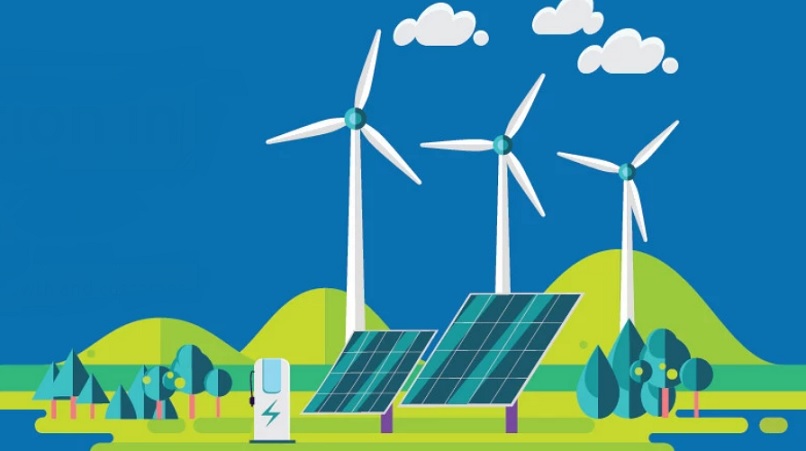 IA in Energy and Utilities

IA in Energy and Utilities. Intelligent Automation is boosting operational efficiency, topline growth and customer engagement for global energy and utility companies.
The sector must focus on quick wins in core functions such as forecasting, yield optimization and complaints management.

The global energy and utilities sector is making increasing use of intelligent automation, including a significant rise in the use of Artificial Intelligence (AI) since 2017, but executives are underestimating its full potential with large scale projects taking a back seat, according to new research from the Capgemini Research Institute.

The report highlights that the traditional energy and utilities business model is under pressure worldwide, with technological changes and increased competition making their presence felt. It cites that automation and AI will also be instrumental in helping these companies to meet climate change goals and the growing demand for clean, cheap, reliable energy.

The report also shows significant regional and sub-sector disparities in the scaling of automation:

In the United States, 23% of energy and utility companies have deployed intelligent automation initiatives widely at scale, as have 16% in both France and India, compared to just 8% in the UK.
Meanwhile, a fifth (20%) of oil and gas executives reported multiple use cases at scale, compared to just 6% from water companies.
While the sector is deriving significant value from intelligent automation compared to other industries, scaling, seizing quick-wins and overcoming the critical digital skills gap will be key to bringing it into the mainstream.

Key findings of the study, which surveyed 529 leaders at manager level or above in energy and utility companies, include:

Intelligent automation is delivering significant benefits to the sector:

Abhijeet Bhandare, Chief Automation Officer at GE Power, explains. “We have a very clear filtering criteria defined for automation use cases. We have close to 200 automation ideas in the pipeline, and on average about 50% to 60% of them will be rejected. It is important to focus your attention on the remaining 50%, as they will give you the most value. And you must have the right criteria – whether it is value, efficiencies, cost savings or the opportunity cost. Organizations should focus on quality over quantity of use cases.”

80% of organizations are missing out on quick wins for critical use cases:
In core functions, only 18% of energy and utility organizations are deploying quick-win use cases (those that are low on delivery complexity but high in terms of benefits achieved such as forecasting, energy trading, yield optimization, grid behavior interfaces and complaints management). Instead, just over a third of the energy and utility organizations (38%) are focusing their efforts on use cases that are easy to implement but which have a low-benefit upside.

Business related challenges and skills gap hamper deployment at scale:
While overall adoption of AI has matured in the sector, with the majority (52%) of respondents having deployed a number of use cases (compared to 28% just deploying pilots two years ago), only a small minority (15%) of executives said their company was deploying multiple intelligent automation use cases at scale.

Business-related challenges were cited by respondents as barriers to scaling including a lack of co-ordination across different business units (37%), a lack of leadership commitment (35%), and an organizational reticence to experimenting with technology that could replace human workers (34%).
Many executives also pointed to a shortage in skills as a challenge. A majority (55%) cited a lack of talent skilled in automation technologies, with 47% identifying limited efforts to reskill employees, 42% the difficulty of retaining employees with the right skills, and 41% employee resistance to learning new skills.

Philippe Vié, Global Head of Energy & Utilities at Capgemini, comments, “The energy and utilities sector is already seeing the difference that intelligent automation can make in improving business efficiency, customer satisfaction, and revenue. Executives are quite rightly making the deployment of automation one of their top priorities.
Now the focus must shift to the factors that will enable the scaling of multiple use cases including an investment in specialist talent, more integrated co-ordination between business units, and a stronger commitment from leadership. Having tasted the benefits of automation, energy and utility companies must now redouble their investment to reap the full rewards.”

Research Methodology
The Capgemini Research Institute conducted a primary survey of 529 business leaders at the manager level or above in energy and utility organizations experimenting with or implementing automation. Respondents were based in seven countries – the United States, Germany, India, United Kingdom, France, Netherlands and Sweden – and across five sub-sectors: electricity utilities, oil and gas, energy services, water utilities, and electricity and gas utilities.

Capgemini, a global leader in consulting, technology services and digital transformation, is at the forefront of innovation to address the entire breadth of clients’ opportunities in the evolving world of cloud, digital and platforms. Building on its strong 50-year heritage and deep industry-specific expertise, Capgemini enables organizations to realize their business ambitions through an array of services from strategy to operations. Capgemini is driven by the conviction that the business value of technology comes from and through people. It is a multicultural company of over 200,000 team members in more than 40 countries. The Group reported 2018 global revenues of EUR 13.2 billion.

The Capgemini Research Institute is Capgemini’s in-house research center. The Institute publishes research on the impact of digital technologies on large traditional businesses. The team draws on the worldwide network of Capgemini experts and works closely with academic and technology partners. The Institute has dedicated research centers in India, the United Kingdom and the United States. It was recently ranked #1 in the world for the quality of its research by independent analysts.