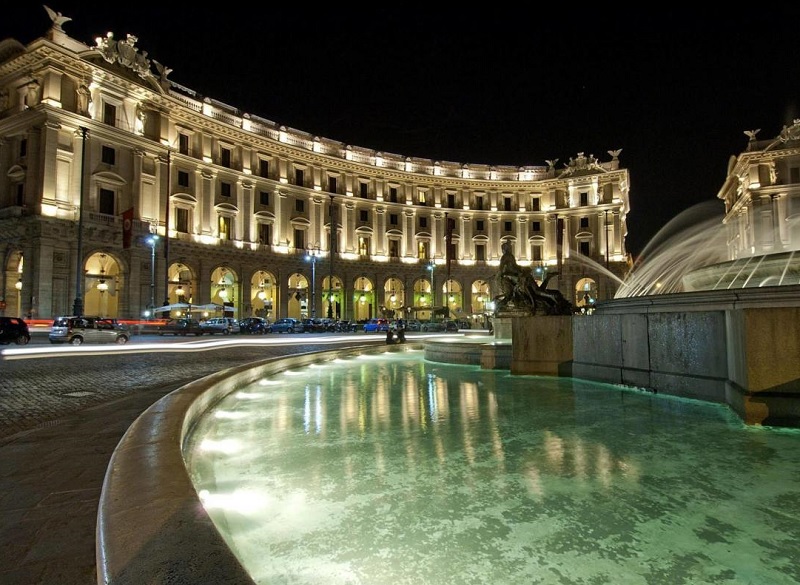 Hotels: Covivio in European expansion, acquires nearly €620 M of emblematic hotels in Europe. The company, through its subsidiary Covivio Hotels, signs an agreement to acquire a portfolio of eight hotels located in Rome, Florence, Venice, as well as in Nice, Prague and Budapest for €573 million (capex included).
In addition, the group announces the acquisition of a Hilton hotel in Dublin for €45.5 million.

These new transactions mark the continuation of Covivio’s European expansion in major touristic destinations in Italy, the Czech Republic, Hungary and Ireland.

An entry in the Italian hotels market
The first transaction covers the acquisition, from Värde Partners, a leading global alternative investment firm, of a portfolio of eight hotels mostly classified 5* and located in the city centres of large European metropolitan areas: Rome, Florence, Venice (x2), Budapest (x2), Prague and Nice.
This portfolio of high-end establishments in prime locations includes several emblematic hotels such as the Palazzo Naiadi in Rome, the Carlo IV in Prague, the Plaza in Nice and the NY Palace in Budapest.

With this major transaction, which will be completed at the end of the first half of 2020, Covivio, already historically present in the offices segment in Milan, is firmly established in the Italian hotels market.
Third-ranked world destination in number of overnight stays (429 million recorded in 2018), Italy has a hotel real estate offering that is disparate and needs to be renovated, with a very weak rate of penetration of major brands (9.6% vs 48% in France). Due to its local platform and recognised expertise, Covivio aims to strengthen the attractiveness and profitability of the portfolio through a capex programme.

A strengthened partnership with NH Hotel Group around a portfolio with major potential for value creation
Totalling 1,115 rooms, these hotels will be operated under the brands NH Collection, NH Hotels and Anantara Hotels & Resorts, the latest being a very high-end brand well consolidated in the Asian markets and that the NH Hotel Group is introducing currently in Europe. For that, Covivio and NH Hotel Group (part of Minor International) signed long term triple net² lease contracts with minimum guaranteed variable rent.
The agreement has an initial duration of 15 years, extendible at NH Hotel Group’s option to 30 years.
Covivio is now pursuing a capex program for the entire portfolio, that shows great potential for growth.
Initiated in 2014, the collaboration with NH Hotel Group began with the acquisition of a hotel in the centre of Amsterdam and then continued between 2016 and 2018 with the purchase of ten hotels in Germany, the Netherlands and Spain. A leading operator in Italy, NH Hotel Group has extensive expertise in the international high-end segment, which will be an additional advantage to assist the upmarket positioning of the portfolio.
As in 2018 in the United Kingdom, Covivio positioned itself by acquiring a portfolio of operating properties, before selling the businesses and signing long-term leases with its partner.

Covivio is also strengthening its strategy for upmarket positioning and geographic and operator diversification, initiated five years ago. Over this period, Covivio has doubled its portfolio of hotel assets, as well as the number of countries in which the group is present, while strengthening the partnerships in place.
Covivio is currently partnered with nearly 20 hotel operators, representing about 30 brand names spread out over 12 European countries, with 76% of assets in middle and high-end establishments.

“More than one year after we entered the British market, Covivio is continuing the European development of its hotel business by establishing itself in the city centres of the twenty most important tourism destinations in Europe. At the same time, we are both strengthening the quality of our assets, 85% of which are located in the large European cities, as well as our partnerships with leading hotel players in their segments“, emphasised Dominique Ozanne, Deputy CEO of Covivio.

ABOUT COVIVIO
Thanks to its partnering history, its real estate expertise and its European culture, Covivio is inventing today’s user experience and designing tomorrow’s city.
A preferred real estate player at the European level, Covivio is close to its end users, capturing their aspirations, combining work, travel, living, and co-inventing vibrant spaces.
A benchmark in the European real estate market with 23 Bn€ in assets, Covivio offers support to companies, hotel brands and territories in their pursuit for attractiveness, transformation and responsible performance.
Its living, dynamic approach opens up exciting project and career prospects for its teams.
Covivio’s shares are listed in the Euronext Paris A compartment (FR0000064578 – COV) and on the MTA market (Mercato Telematico Azionario) of the Milan stock exchange, are admitted to trading on the SRD, and are included in the composition of the MSCI, SBF 120, Euronext IEIF “SIIC France” and CAC Mid100 indices, in the “EPRA” and “GPR 250” benchmark European real estate indices, EPRA BPRs Gold Awards (financial + Sustainability), CDP (A), Green Star GRESB and in the ESG FTSE4 Good, DJSI World & Europe, Euronext Vigeo (World 120, Eurozone 120, Europe 120 and France 20), Euronext® CDP Environment France EW, Oekom, Ethibel, Sustainalytics and Gaïa ethical indices.
Covivio is rated BBB+/Stable outlook by Standard and Poor’s.