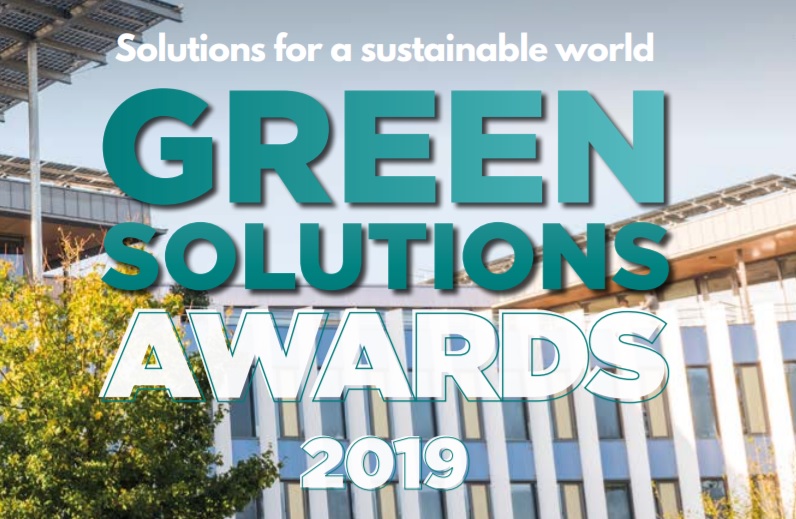 Green Solutions Awards 2019 international winners: 22 sustainable projects to inspire the profession. Twenty-two exemplary buildings, districts and infrastructures were rewarded by the Construction21 network after nine months of competition, first nationally and then internationally.
The Awards ceremony took place on the 4th of November at Batimat, one of the main trade shows for the construction sector in France.

THE FINAL: AN INTERNATIONAL EVENT
The Green Solutions Awards have the particularity of being both a national and an international competition. The first phase, organised in each country hosting a Construction21 platform, brought out around fifty champions selected by juries of experts and internet users. With this victory came another one: the national winners also became international finalists.
New jurors are then recruited, at a global level, to determine the champions of champions and define, with their choice, the messages they wish to send to the global market.

The winners are announced at a ceremony attended by more than 150 professionals from all over the world. Usually held during the C0P, the 2019 final took exceptionally place at Batimat, as the opening event of this international trade show for construction.

The mobilisation was strong: delegations from China, Morocco, Egypt, Brazil, the Democratic Republic of Congo and many European countries made the trip.

After convincing 37 different countries to participate in the Green Solutions Awards, this competition demonstrates that the fight against climate change is mobilising professionals globally.

FACING THE CLIMATE EMERGENCY: ACT QUICKLY AND STRONGLY
The 2019 edition is the proof of the rising influence of the Awards. First, with the commitment of 192 candidates from 37 different countries worldwide, compared to 143 and 16 in 2018, and about 100 media partners. But also with the greatest variety of buildings, districts, and infrastructures represented.

Through the study of these projects, both nationally and internationally, Construction21 has highlighted a number of trends that are representative of what is currently being designed in the world of construction and cities. Among them, we can mention reuse and recycling, the use of local products and biobased materials, low-tech, and the and the return of nature in the city. Discover the 2019 trends

Construction21 once again demonstrates its ability to mobilise sustainable players, to showcase existing projects that deserve to be replicated on a large scale, toprovide concrete sources of inspiration so that all professionals in the sector can radically change the way they shape buildings, cities and territories.

A CONTEST TO PROMOTE, DISSEMINATE AND INSPIRE
Twenty-two projects were rewarded – four Grand Prizes, five Prizes, and thirteen special mentions. In addition to the online visibility given to each candidate throughout the competition, the winners benefit from a particular highlight during the ceremony and a slot to express in front of an audience of professionals, composed of potential customers or partners.
A brochure presenting the winners of the 2019 edition was printed in 6,000 copies and revealed at Batimat. Available in English, French, Chinese and Spanish, it will be distributed at partners events or trade fairs throughout 2020.

– BYinnovation is Media Partner of BPIE