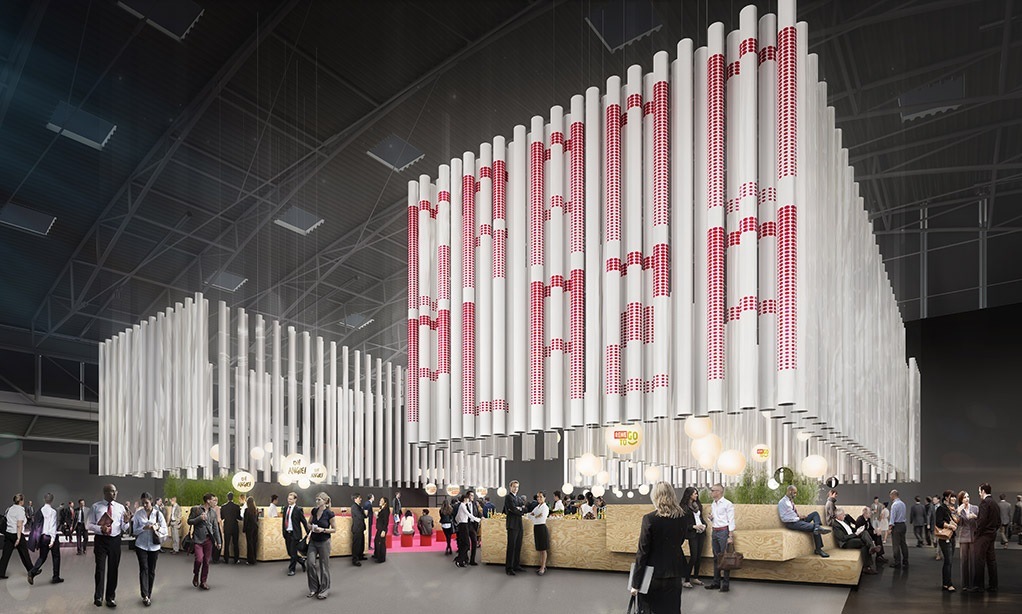 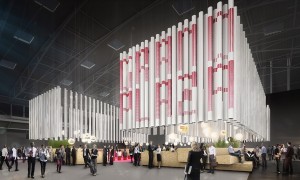 Expo Real: New Centerpiece Grand Plaza for Retail Trade. A unique marketplace for discussions and ideas at EXPO REAL (at Messe München, October 4 to 6, 2016): On approx. 500 square meters in one of the six exhibition halls where retailers mainly exhibit, commercial enterprises and real estate professionals specializing in retail store property have a platform for obtaining and sharing information as well as discussions. The concept is being well received. A total of 13 retail trade companies with 18 brands are exhibiting at EXPO REAL. REWE Group is a key partner of Grand Plaza.

Thanks to Grand Plaza, textile retail stores will be represented for the first time at EXPO REAL. TEDi and Kik are new on board at Europe’s largest B2B trade fair for real estate and investments. Lidl is returning to the fair thanks to Grand Plaza. easyApotheke will also be there as co-exhibitor of dennree, which has booked a separate area for the first time. In addition, REWE Group is a key partner of the Grand Plaza; the long-time exhibitor has been an important motivator for the new concept from the start. “Grand Plaza is further evidence of how we develop our exhibition concept constantly, working closely with our customers—a key success factor of EXPO REAL,” Klaus Dittrich, Chairman and CEO of Messe München GmbH, explained.

Retailers can further promote their businesses here
Grand Plaza is a new, unique trade fair concept for retailer and their partner. EXPO REAL provides a high-quality networking area in the middle of the fair, so that our customers can expand their business further,” Exhibition Manager Claudia Boymanns explained. “The concept is addressed mainly to expansion-oriented dealers, retail chain stores, property developers, urban planners, municipal representatives and consultants.” Creating specific platforms for individual segments of the real estate industry is an integral part of EXPO REAL, which can be seen by the established special exhibitions ‘World of Hospitality’ and ‘LogRealCampus’. In addition, healthcare will be dealt with in the conference program.

The inspiration for Grand Plaza came directly from retail trade. “As a member of advisory board, I support EXPO REAL in developing the trade fair further,” explained Stephan Koof, Head of Expansion Full Range national at REWE Group. “The creation of plazas and food courts found in shopping centers at the trade fair was an obvious step for me. All exhibiting dealers in Hall C2 will benefit from this attraction, and I expect additional exhibitor interest.”

Open and bright architecture with market stalls and Speakers Corner
Grand Plaza is a spacious networking area located in Hall C2 on almost 500 square meters, surrounded by the trade fair booths of numerous commercial enterprises. Similar to a marketplace, Grand Plaza provides space for discussions and a star-studded Speaker’s Corner. Gastronomy is also an important aspect in a marketplace. REWE Group with its brands Oh Angie !, REWE To Go and Weinfreunde as well as Lidl will provide corresponding offers there. The following brands are represented with trade fair booths at Grand Plaza: Alnatura, basic, dm, dennree, easyApotheke, KFC, KiK, Lidl, REWE Group (with REWE Markt, Rewe Markt, Penny and toom), Rossmann, Subway and TEDi. In addition, EDEKA will be in Hall C1.