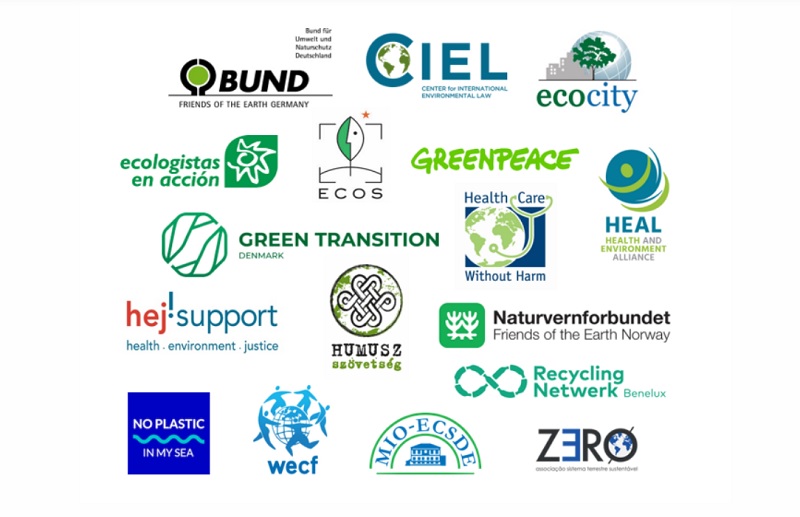 EU plans to stop firms adding microplastic to almost all products have major loopholes that would keep pollution flooding into the environment for nearly a decade and reward unproven biodegradable plastics, environmental groups are warning.

The European Commission has pledged to ban microplastic from cosmetics, paints, detergents, some farm, medical and other products to prevent 500,000 tonnes polluting mostly rivers and seas. The legal process moved forward on Tuesday when a detailed proposal was presented by ECHA to the Commission. The legal restriction is expected to become law next year.

But following industry lobbying, the proposal has major loopholes, according to the Rethink Plastic alliance of environmental groups. Some sectors could get up to 8 years to drop microplastic, while ‘biodegradable’ microplastic that has not been shown to degrade in the environment could escape the ban. The 500,000 tonnes target will be impossible to achieve unless the proposal is improved, they calculated.

European Environmental Bureau chemicals policy officer Elise Vitali said: “Microplastic pollution is everywhere: in our drinking water, our fields, filling the air in cities and even inside our bodies. The EU is right to build on its reputation of tackling plastic pollution with this new ban. But it must avoid being sidetracked by industry-sponsored loopholes. We want a quick and broad restriction with no green light for unproven biodegradable plastic.”

Hélène Duguy, chemicals lawyer at ClientEarth, said: “The EU promised to turn off the taps on microplastic pollution. Take sport pitches – it’s a gigantic source of microplastics pollution and it’s now up to the Commission to make sure that a full ban is in order. When it comes to cosmetics – another well-known source of this pollution – the Commission needs to reject the lenient proposal that would give the cosmetics industry a free pass to continue business as usual until 2028, even where alternatives are available.”

Microplastic pollution is irreversible and causes considerable harm to the environment, with potential grave consequences for humans. EU scientific advisors have recognised that microplastics pose an unacceptable risk, which justifies a comprehensive ban.

The groups are urging the Commission to adopt a broad restriction that covers all microplastics in all sectors and uses.
The proposal is now in the hands of the Commission’s industry department, which has not always shown ambition on chemicals policy, the NGOs said. The Commission has until late May 2021 to draft the restriction text, which will then go to a vote of member state experts. The European Parliament and Council of Ministers then have three months to object, but rarely do.

Rethink Plastic, part of the Break Free From Plastic movement, is an alliance of leading European NGOs working towards ambitious EU policies on plastics. It brings together the Center for International Environmental Law, ClientEarth, Environmental Investigation Agency , European Environmental Bureau , European Environmental Citizen’s Organisation for Standardisation, Greenpeace, Seas At Risk, Surfrider Foundation Europe, and Zero Waste Europe.
Together they represent thousands of active groups, supporters and citizens in every EU Member State working towards a future free from plastic pollution.