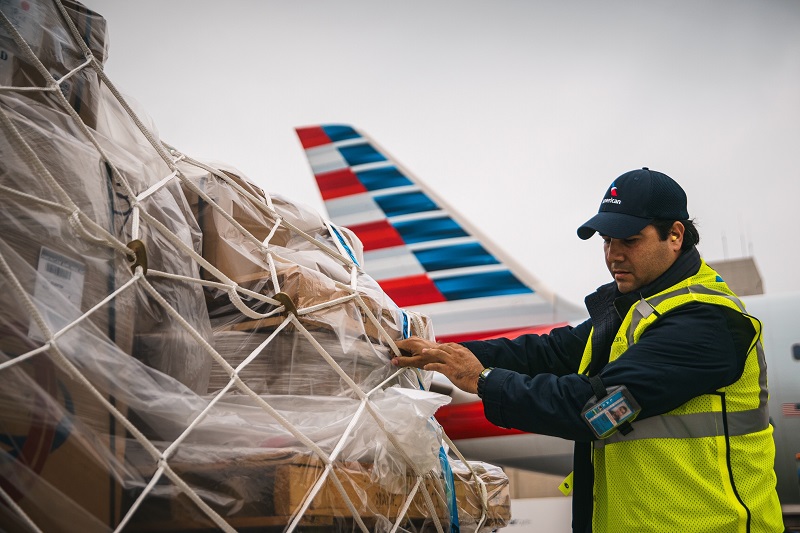 American Airlines increases cargo. New cargo-only flights from the U.S. to London, Paris, Zurich and Rome. At American Airlines, caring for people on life’s journey is our purpose. In times of need, American is there for the communities we serve around the globe. The airline is expanding its cargo-only operation this month to provide 126 weekly flights to 15 cities in U.S. and Europe, Asia, and the Caribbean.

“At the end of March, we introduced two cargo-only flights from Frankfurt (FRA), the first cargo-only flight for American since 1984. With the support of our tremendous team, we now offer cargo capacity on 126 international flights per week,” said Tim Isik, Director Cargo Sales – Europe, Middle East and Africa. “This expansion reinforces our ability to adapt, and we are proud to play our part in the global relief efforts and to care for people on life’s journey.”

Across American’s cargo network, life-saving medical supplies, personal protective equipment and pharmaceuticals are being transported, as well as essential goods including manufacturing and automotive equipment, mail, fresh fruit, vegetables, fish, and healthcare products.
In addition, American continues to carry cargo on all its passenger flights. Internationally, the airline’s widebody aircraft operate up to 126 weekly flights. Passenger flights on widebody airplanes include daily service between DFW and LHR; daily service between MIA and LHR; regular service between DFW and Madrid Barajas (MAD) and three weekly flights between DFW and Tokyo Narita (NRT).